The Companies (Amendment) Bill 2014 was passed by Parliament in October 2014. The amendments were effected in two phases, on 1 July 2015 (Phase 1) and 3 January 2016 (Phase 2). We have set out briefly below some of the key changes in Phase 2 that are especially relevant to private companies.

In the past, a dormant company is required to prepare financial statements although it is exempted from audit requirement.

The new exemption allows a dormant non-listed company (other than a subsidiary of a listed company) is exempt from audit requirement to prepare financial statements, if:

Dormant listed companies and their subsidiaries, and dormant unlisted companies which do not fulfill the substantial asset test must prepare financial statements but are exempt from audit. This remains unchanged from the current position. A summary of the effect for dormant company is illustrated as tabled below.

Effect of exemption for dormant companies

To increase the efficiency and speed in communications for companies, both private and listed companies are endowed with greater freedom to communicate electronically with their members/ shareholders under the amended regime. It thus reduce cost for companies in sending out documents and notices to their members.Liberalising electronic transmission of notices and documents

They are now allowed to pass written resolutions by email and also to use electronic means to transmit notices and other documents to their shareholders, provided that the approved mode of communication must be stated in the company’s constitution.

Prior to the amendment, private companies were required to maintain a physical register of members. To streamline the administrative process for companies, and allow greater access by the public, the following electronic registers which will be updated and maintained with ACRA under the amended regime.

Companies must register share ownerships and changes to such information, with ACRA, and the effective membership/ cessation date will be based on the real time registration. The ROM will be publicly available, and a company may access its own records for no charge.

To protect one’s privacy, the Amendment Act allows a director to report an alternate address. It must be noted that the alternate address must be an address where the directors can be located and must be in the same jurisdiction as the residential address. It cannot be a PO box number.

The director must still provide his residential address to ACRA which will be kept confidential if he opts to publish his alternate address on public records. If the person is not locatable at the alternate address or if ACRA has reasonable ground to believe that the provision has been misused, legal actions will follow and the person will not be allowed to use another alternate address for three years.

Merging of memorandum and articles into a single constitution

The memorandum and articles of association is merged into a single document called constitution and a person desiring to incorporate a company must submit the constitution of the company to ACRA.

The Amendment Act empowered the Registrar, to debar individual directors and secretaries if they fail to submit any documents within three months of the prescribed deadline. If a person were debarred, he cannot take on any new appointment as a director or company secretary. However, he may continue with his existing appointments.

Before a debarment is made against a person, ACRA will send him a notice, at least two weeks beforehand. He will be required to explain why he should not be debarred. The debarred individual will be cleared upon rectifying their defaults.

Extensions of the types of loans permitted to directors to include quasi-loans, credit transactions and related arrangements

The Amendment Act extends the above prohibition to quasi-loans, credit transactions or taking part in connection with such director-connected loans by the company; and loans, quasi-loans, credit transactions and related arrangements made or entered into for limited liability partnership (“LLP”) connected to a company’s directors (ie where a director is interested in 20% or more of the total voting power in that LLP).

Updates to the striking-off regime

The following updates have been made to the strike-off regime:

Any appeal to the court against striking-off of a company has to be made within a period of 6 years, as opposed to 15 years previously.

The 3 month “show cause” period for a company to respond to a notification in Gazette that it will be struck off, is reduced to 60 days.

Disqualification of directors of struck-off companies

Directors have to be wary of all compliance requirements and must fulfill requirements promptly for their dormant companies and must initiate strike-off procedure for any defunct companies to prevent such disqualification. 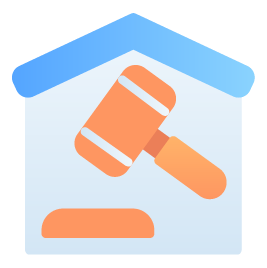